Sukuk issuances in August 2015 stood at USD450mn, declining from USD2.3bn registered in the earlier month.

Bahrain was the largest issuer of sukuk by number of issuances (19) in GCC for YTD August 2015, followed by UAE (6), Saudi Arabia (9) and Qatar (1)  Saudi Arabia accounted for the largest share of sukuk issued by value among GCC countries, with nine issuances totaling USD4.95bn for YTD August 2015, followed by UAE (six issuances; worth USD4.7bn), Bahrain (nineteen issuances; worth USD2.8bn) and Qatar (one issuance; worth USD0.55bn)

For the first time in the history of Kuwait, the country faced a huge deficit of KWD2.7bn in FY2014. If the prolong weakness in oil prices continues, Kuwait will face a larger deficit this year. The current year’s budget has been formed based on Kuwait’s crude oil price at USD45/bbl; but the price of crude oil has to be close to USD70/bblto avoid any shortage in the budget.

Helped by growing awareness of Sharia-compliant banking services and increasing number of branches, the Islamic banking sector in the sultanate recorded robust growth in 1H2015. According to the statistics from the Central Bank of Oman, the combined assets of the sector surged 64% to OMR1.83bn as on June 30, 2015 against OMR1.11bn a year ago. Islamic banking accounted for 6.3% of the total banking assets in Oman, compared to 5.3%in 2014and 3.6%in 2013.Totalfinancing by Islamic banks and windows jumped 85% to OMR1.38bn from OMR745mn.

Saudi Arabia’s largest lender, is raising SAR2bn (USD533.3mn) through a Basel III complaint Tier 1 perpetual sukuk. The transaction will be privately placed with one or more government-owned investment funds. This is the third such sukuk issuance by NCB since June 2015, which plans on raising as much as SAR7bn of capital before the end of 2015.

International bonds from the Gulf’s wealthy energy-exporting countries, which have always outperformed emerging market debts, might loose their safe-haven status, if oil prices continue to drop. Unlike most of the world, GCC governments have enjoyed big budget surpluses, their currency pegs to the U.S. dollar have protected them from currency devaluation.

Saudi fiscal deficit to widen in 2015

Saudi Arabia faces a risk of rising fiscal deficit amid the plunging oil prices, declining reserves and an increase in military spending. The International Monetary Fund forecasts a budget deficit of USD150bn for Saudi Arabia in 2015, which is around 20% of the total economic output in 2015 due to government’s strong spending despite reducing oil revenues. The Economist Intelligence Unit (EIU), however, expects the fiscal deficit to reach 13.3% of GDP (its largest shortfall since 1987)inflated by the rising costs of the Saudi-led air campaign in Yemen. 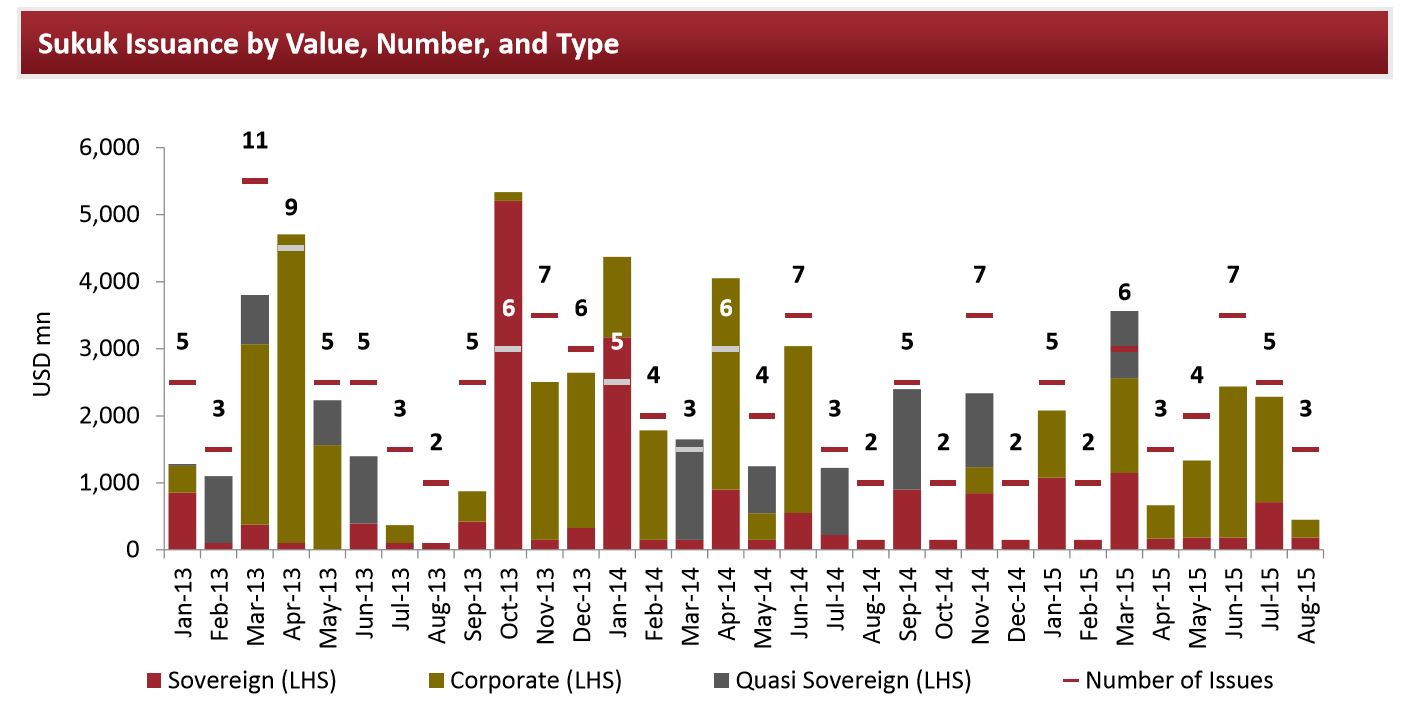