Germany and Kuwait in Sukuk Pipeline

Germany (Aaa/AAA/AAA) is planning a $1 billion according to a USD Sukuk Pipeline report released by RHB Bank. Kuwait also plans to issue up to USD9.95bn via conventional bonds and Sukuk to cover its budget deficit. 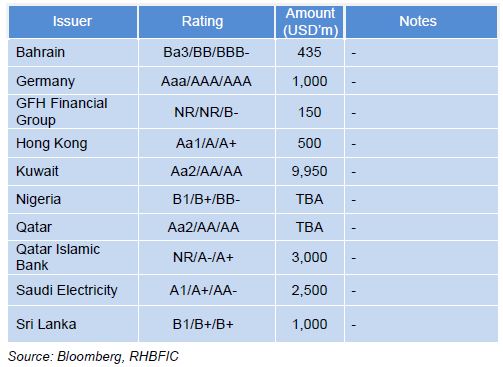 On ratings, Moody’s upgraded First Gulf Bank’s outlook to positive from stable following the announcement of a proposed merger with National Bank of Abu Dhabi (NBAD), which is expected to benefit from greater business diversification, stronger profitability and capital base and lower borrower and depositor concentrations. That said, FGB 1/17 traded tighter by 34bps at 1.31%.

Sukuk issuance is expected to pick up now that Ramadan has passed. 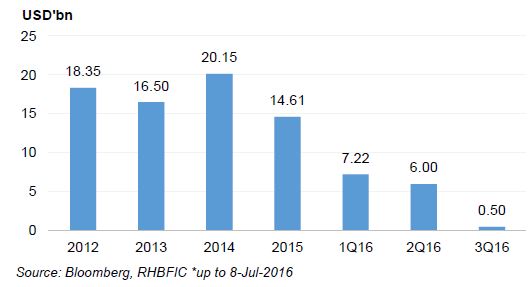 Elsewhere, the number of oil rig counts in the US climbed for a second straight week by 10 to 351 as reported by Baker Hughes.