Bloomberg Malaysia Sukuk Ex-MYR Total Return (BMSXMTR) and Dow Jones Sukuk Total Return (DJSUKTXR) indices closed higher at 103.1 (+0.34%) and 158.1 (+0.32%) respectively, as yields declined 6.7bps to 2.495%. The gains were led by QATAR ’23, MALAYS ’25 and PETMK ’20. Oil prices ended the week at USD38.67/bbl (-4.4%) after the Saudi’s deputy crown prince, Mohammed bin Salman said the kingdom will freeze its oil production only if Iran and other major producers agree to curb theirs, leaves the outcome of the Doha producers’ freeze talk on 17 April in doubt.

While Fed Chair Janet Yellen reiterated her views to “proceed cautiously” in raising interest rates given continued challenging global conditions that could weigh on domestic growth, after the recent hawkish comments by Fed Harker, Williams, Lockhart and Bullard. 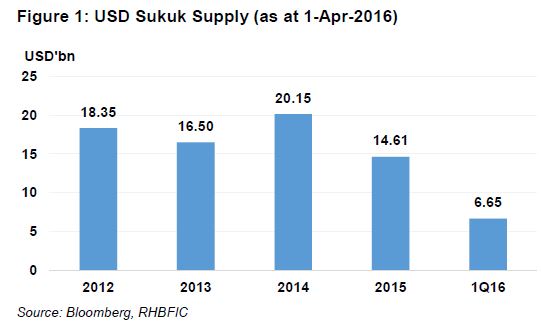 On ratings, S&P affirmed Malaysia rating at A-/Sta on expectations of credible fiscal and monetary policies, strong external position and fairly diverse economy that could absorb weakness in the oil and gas sector. Hong Kong’s (Aa1/AAA/AAA) outlook was revised to negative from stable by S&P to reflect economic imbalance in China, given financial and economic linkages as well as the ultimate sovereign authority of China. 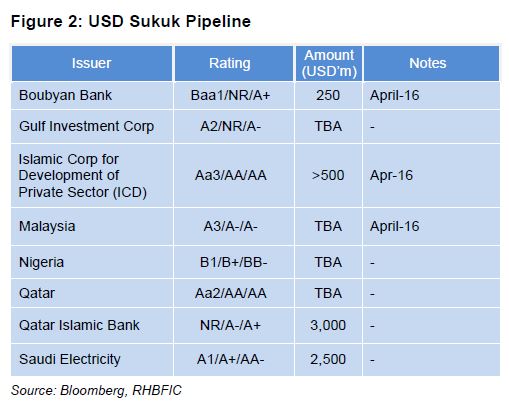 This was followed by the same revision on China’s outlook. Sime Darby (Baa1/BBB+/BBB+) was downgraded 2 notches to BBB+ from A with a negative outlook by Fitch, reflecting the extended pressure on high leverage, with delays in debt reduction plans due to the challenging operation environment in the industrial and palm oil segments.

London School of Business and Finance