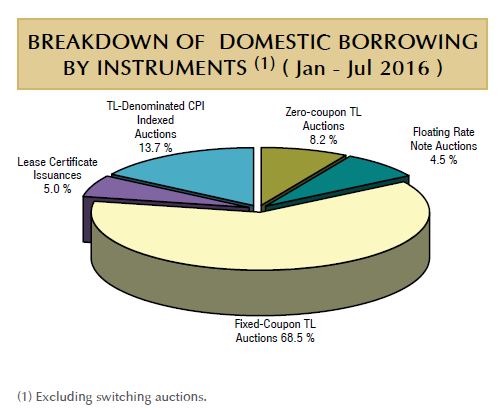 Full information on the Sukuk.com database of issued sukuk, a reference source for the Sukuk industry.

Sukuk are referred to as lease certificates in Turkey and for the period from January to July 2016 represented 5% of domestic borrowing for the Republic of Turkey.

Turkey last entered the international capital markets in June with a $1 billion issuance priced at a profit rate of 4.251% with a five year maturity. The below chart illustrates the coupon pricing of the Sukuk is under both of the conventional issuances made in 2016.